Richard is the Clinical Director and graduated from Manchester Metropolitan University (Cheshire) with a BSc (Hons) Sports and Exercise Science. In 2015, Richard graduated with a Level 5 Sports and Remedial Diploma.

During this time he has since worked with the 2017 World’s Strongest Man Eddie Hall travelling to competitions worldwide and nationally. Since Eddie’s retirement from the sport Richard is now working with the Scottish Strongmen brothers Tom and Luke Stoltman.

To date Richard has experience working in both amateur and professional sports as well as treating the general public. Richard is also Head Therapist at Longton Rugby Club, where he treats all teams for both acute and chronic sport injuries with facilitating rehabilitation to get players back to full fitness. 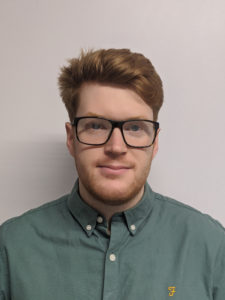 Ewen is a 2nd year Osteopathy student currently studying at the College of Osteopaths at Staffordshire University on their 5-year B.O.S.T course. He currently holds a level 3 diploma in soft tissue manipulation covering not only soft tissue therapy but also articulatory and muscle energy techniques.

Ewen has particular interest in sports biomechanics, stemming from previously competing at an international level within cycling and playing rugby thereafter at an amateur level.

Post-graduation Ewen would like to continue to pursue this passion by completing a MSc in Strength and Conditioning in order to incorporate more physical therapy and strength training aspects of rehabilitation alongside the clinical, Manual Therapy skills as an Osteopath.

In the future Ewen aims to work alongside world class athletes in order to improve their biomechanical function, posture and overall performance.